LDAP is definitely not a buzz word technology these days, however a lot of organizations are still using LDAP. So, at some point in time you may be required to develop or maintain projects using LDAP. But since LDAP is an archaic technology, it is tough to discover right information about it on the web. Whenever I searched for it on the web, I found the right information filled with technical jargon and scattered across various articles. This post is my attempt at explaining everything you need to know to understand how LDAP protocol works.

LDAP stands for Lightweight Directory Access Protocol. It is an Internet protocol for accessing distributed directory services. Using LDAP organizations can organize their users and resources into a hierarchical directory (or tree) structure. Benefits of this organization is that it can act as a centralized source of information for the organization there by providing following services

Now that we understand why an organization would use LDAP, lets get familiar with some of the common LDAP Acronyms and Attributes so that we can discuss LDAP easily.

Each node in DIT can use different type of attributes for storing informations. Following are some of the frequently used attributes

To Understand how a DIT is represented look at the following hypothetical tree. 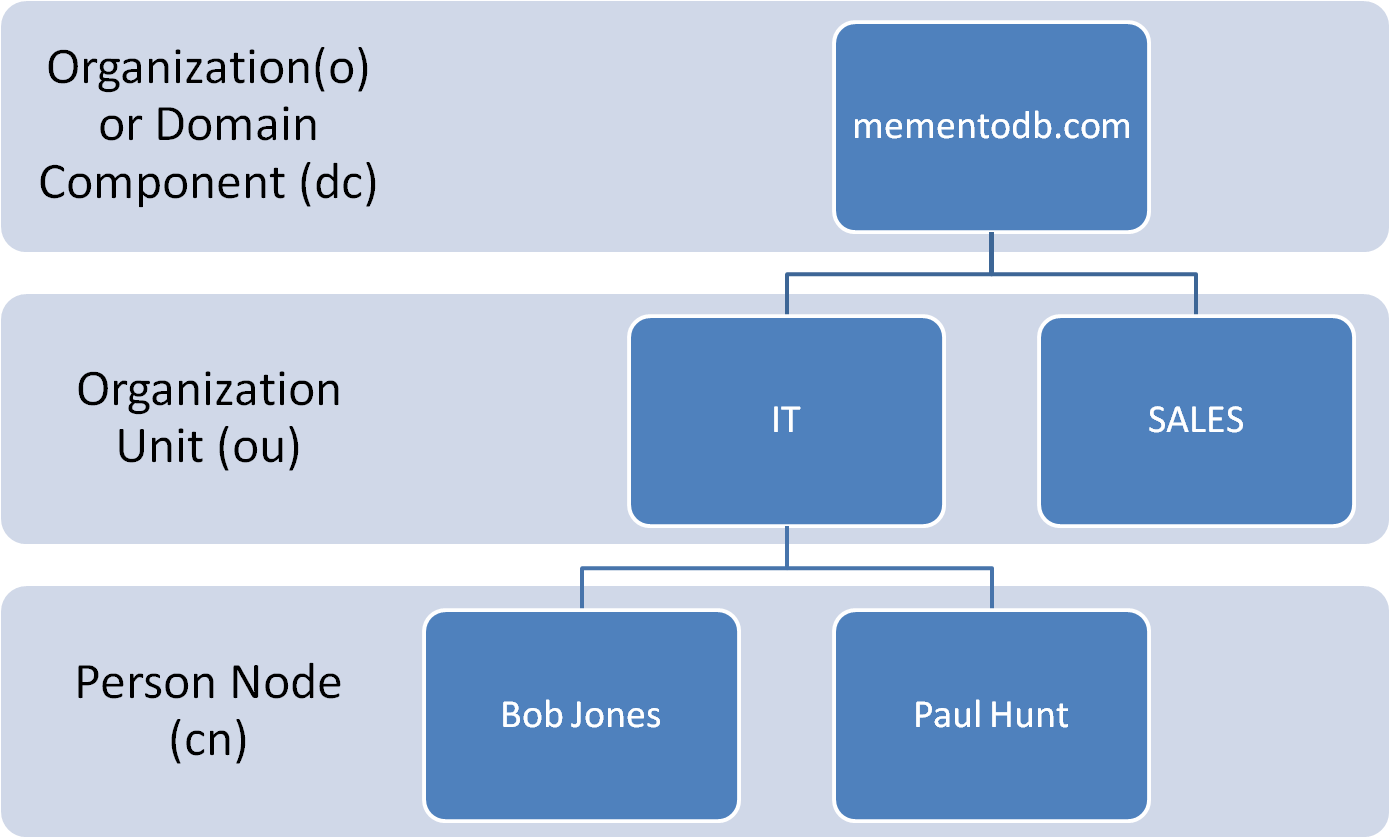 Observe how the DIT is organized starting at the “domain component(dc)” at the root level, followed by “organizational unit(out)” i.e. departments. Departments hold persons which can be described using “common name(cn)” attributes. Following illustration shows the “dn of each level in the DIT. Notice how each node includes “rdn” of the parent in its “dn”. 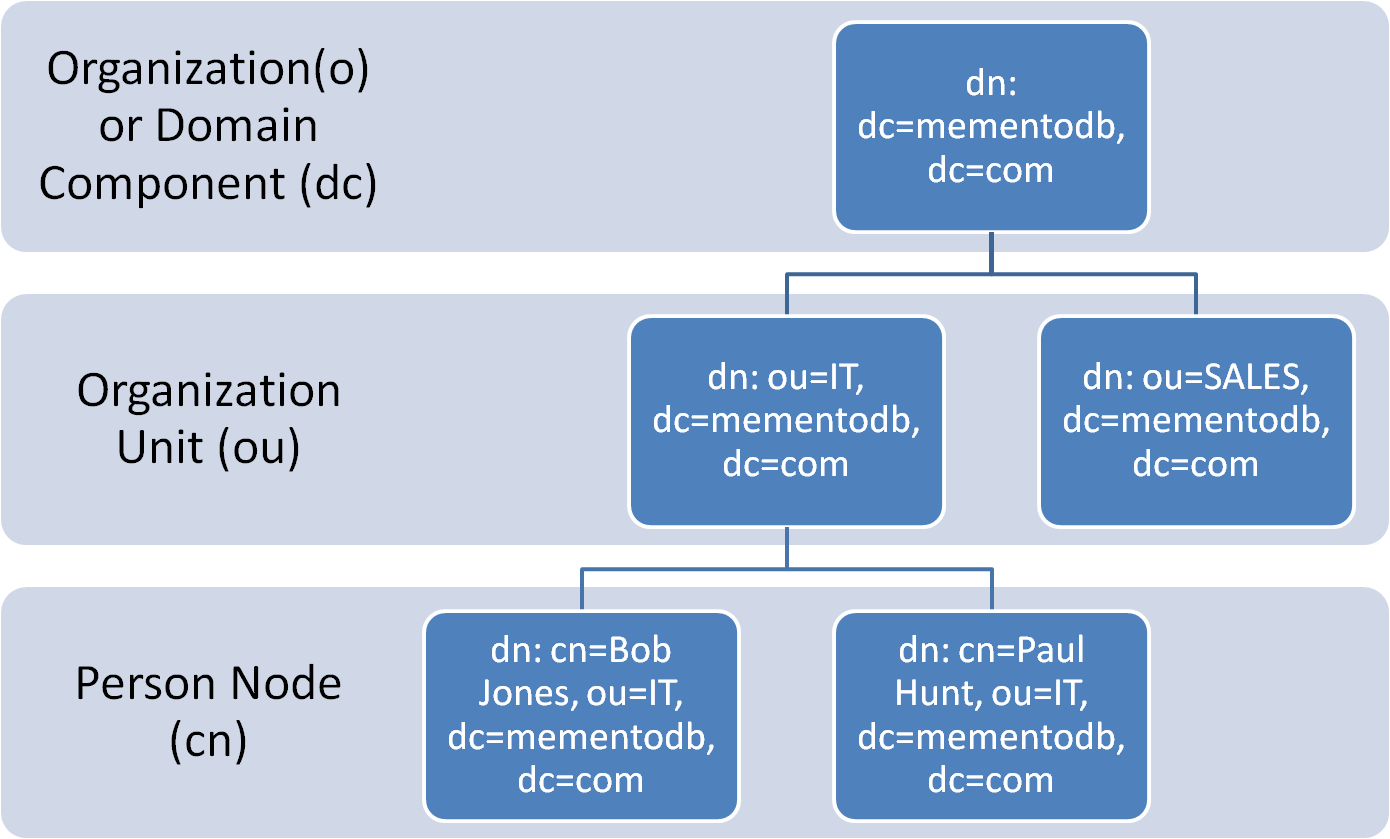 In the above illustration we used only handful of attributes, but any number of attributes can be used to store information at any node. Some of the commonly used attributes are sn, uid, l, st, and c. 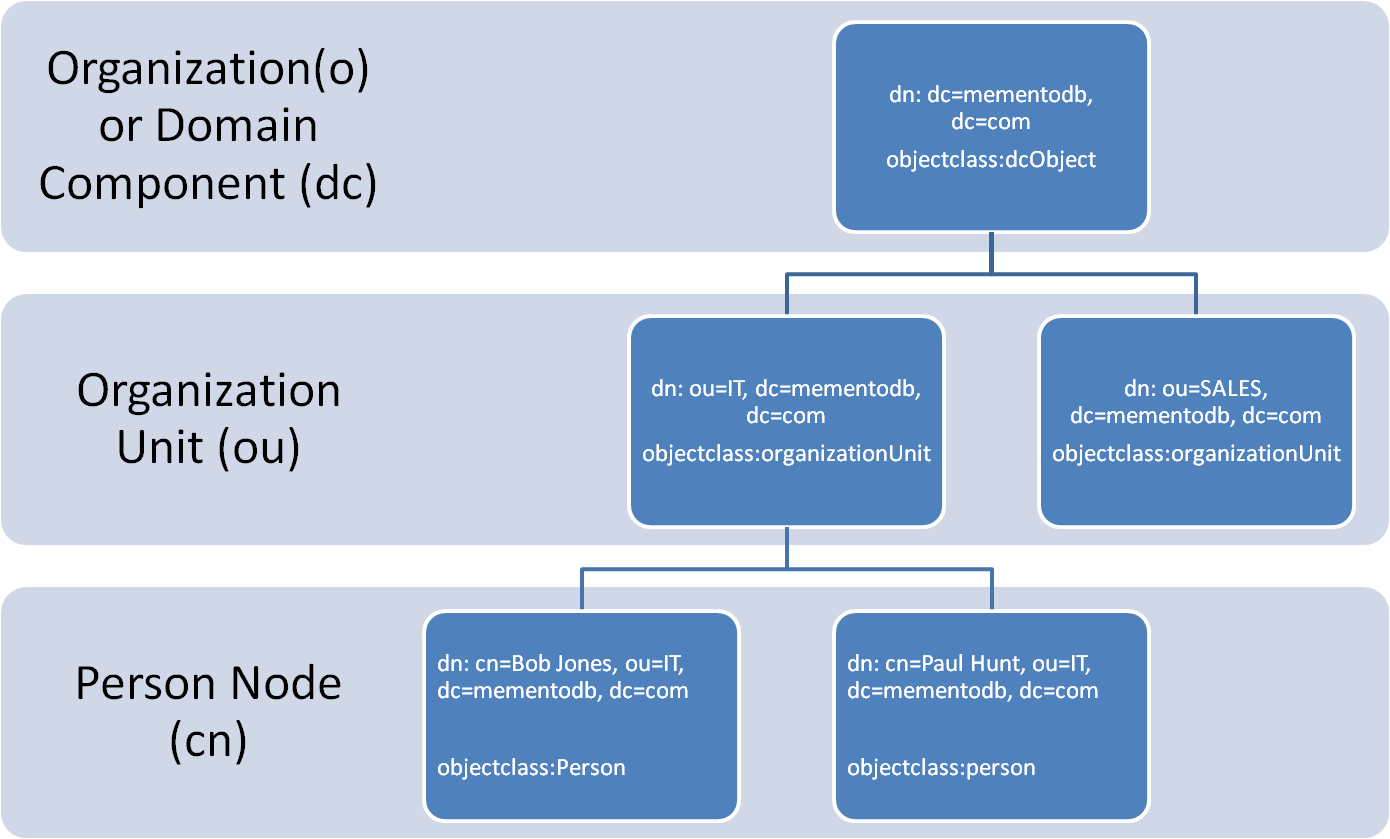 LDIF is the data interchange format that can be used to represent a DIT. In this format our example DIT will look like as below

LDAP is a connected protocol. What this means is that you first need to create a socket connect to the LDAP server before invoking any operation. Following is a typical sequence of operations when working with LDAP

If you have any thoughts or any concept that you would like me to incorporate in this tutorial then please feel free to leave a comment.